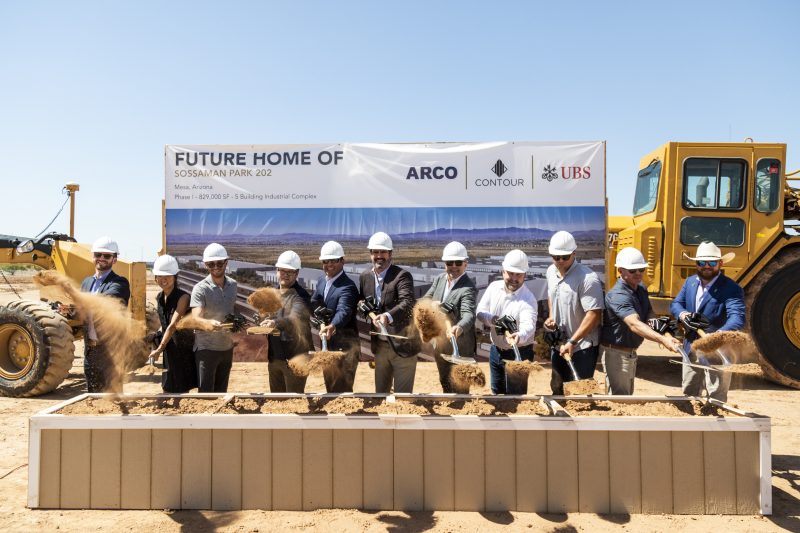 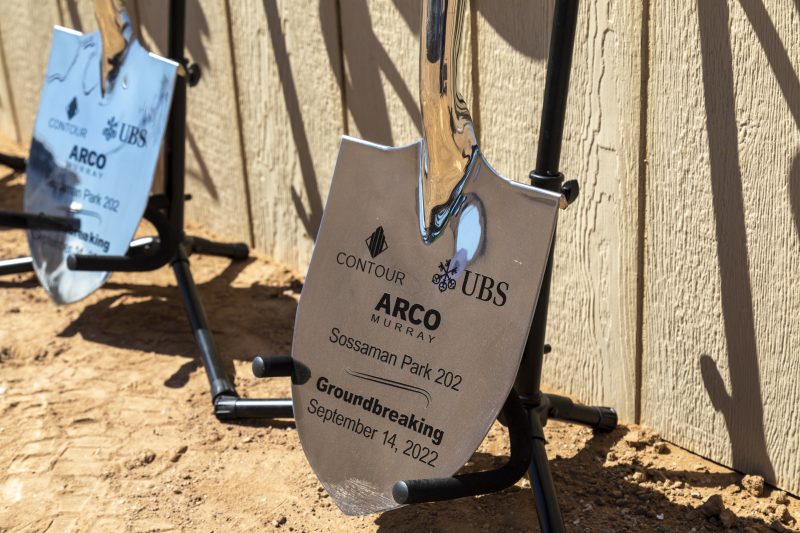 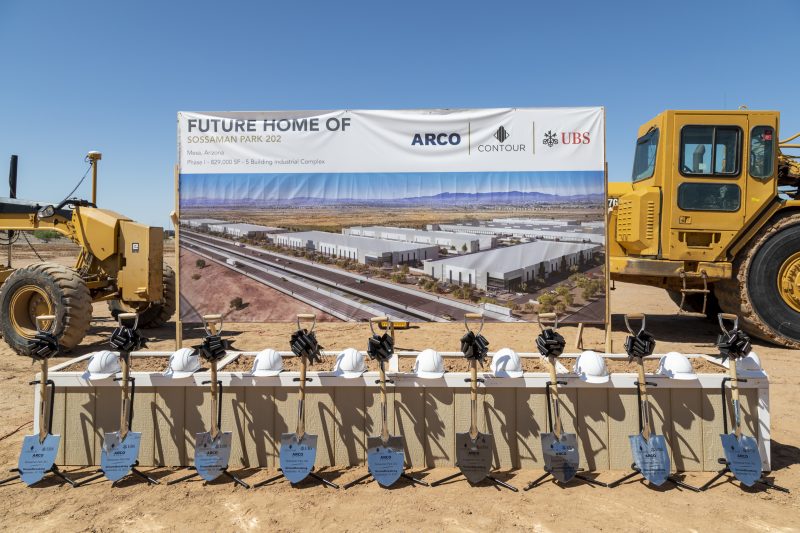 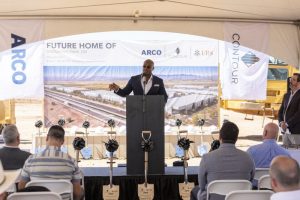 Commenting on the time honored groundbreaking tradition, ARCO/Murray’s Director of Business Development, Patrick Clay says his favorite moment in construction is breaking ground – “because it does symbolize the beginning.”

Ideally located, Sossaman Park 202 is adjacent to Arizona State Route 202, and within a one-day drive to more than 11% of the country’s total population via Interstate 10. The site is also located only two miles from Phoenix-Mesa Gateway Airport, the nation’s only joint cargo hub, served by both U.S. and Mexican customs agents and allowing for the expedited shipment of goods.

Development plans include two phases, a mix of eight industrial, warehouse, and distribution buildings, and a total of 1.55 million square feet. The approximately $150 million Phase 1 development, managed by ARCO/Murray, will bring five structures, and a total of 828,000 square feet to the southern portion of the lot. Phase 1 is scheduled to be completed in the second half of 2023. Phase 2 will bring three additional buildings encompassing over 722,000 square feet. According to Contour’s Ted Fentin, 500,000 of the square feet planned for Phase 2 are inclusive of a cross-dock warehouse/distribution facility.

According to an article by Connect CRE, upon completion, the project will comprise a mix of buildings ranging in size from 130,318 square feet to 198,782 square feet. Each of the buildings will include two grade-level doors, between 25 and 41 dock-high doors, 50- to 52-foot column spacing and a 32-foot clear height throughout. 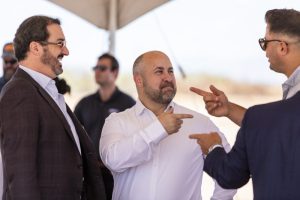 Contour President, Ted Fentin stated, “This is one of the multiple projects coming to the immediate area, a mix of light industrial, residential, and mixed-use all aided by the strong growth of Phoenix and the Southeast Valley in particular and for the expansion of the Mesa-Gateway Airport which will bring more infill development, jobs, and population growth.”

Sossaman Park 202 is one of the three (Sossaman Park 202, Southern Industrial Center, and Buckeye Logistics Center) large-scale industrial developments totaling approximately 3.6 million square feet that Contour is currently working on in the Phoenix area. Fentin confirmed that Contour is looking to further expand its footprint, particularly in Mesa.

Southern Industrial Center, a 1.2 million square foot facility on 77 acres at the Southeast corner of Southern Avenue and Apache Road in Buckeye, was acquired by Contour, Miramar, and DWS in late 2021 with the help of SVN’s Paul Borgesen and Dylan Sproul. The site broke ground in June 2022 and is slated for completion Summer of 2023. Once complete, the industrial center will accommodate e-commerce, warehouse, and logistics tenants in need of a regional distribution hub.

All Photos credited to: Kyle Zirkus 2022