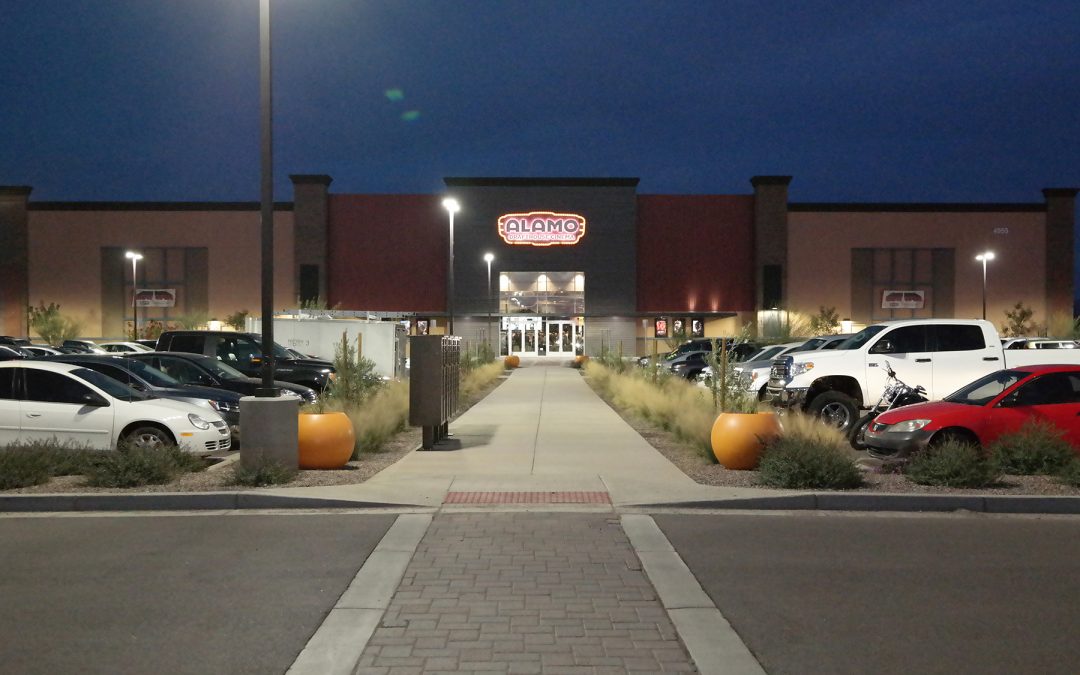 Phoenix, Arizona – December 21, 2016 – With 2016 coming to end, SVN Desert Commercial Advisors has always remained true to the mission of creating amazing value with their clients, colleagues and the community.  The dedication of that mission has resulted in some rewarding developments and acknowledgements throughout the year for the SVN brokerage and several of their advisors who have added to their portfolio of excellence.  One of the most nationally recognized retail developments,                 Chandler Crossings was just named 2016 ‘Deal of the Year’.

Rommie Mojahed & Mary Nollenberger, the Directors of Sales & Leasing have also been recognized professionally for their unprecedented knowledge in the commercial real estate industry. Mojahed, named Tomorrow’s Leaders (Real Estate Forum-2014) and Nollenberger who received the honor as one of the Most Outstanding Women in Business with the Phoenix Business Journal earlier this year were both acknowledged last week for their instrumental role in the development of Chandler Crossings.

“Receiving the Outstanding Woman in Business was the most cherished and unexpected honors in my career,” said Nollenberger.  “I was absolutely humbled by the experience and by the opportunity to be recognized in the company of the amazing women with whom I shared the day.” The distant memory in 2014 was The Shoppes at Chandler Heights which was also acknowledged but not in a good way. It was named one of the biggest eyesores of Chandler by AZ Central.  Year after year, the advisors continued to believe in the potential of this development that was once a partially constructed abandoned building with mounds of dirt and tumbleweeds. However the vision from these two exceptional brokers is what dreams are made of.  The new owner renamed it to Chandler Crossings and the new Lifestyle & Entertainment Center in south Chandler went under development at the beginning of 2016.  Since then, over $24 million in lease deals are underway and almost 59,000 in square-footage have been leased.

Rommie Mojahed is currently working on a few more retail developments in Mesa with the same inspiration in mind.  “In the early discussions with the broker for Alamo Drafthouse, it appeared that Chandler Crossings was too far south,” said Mojahed.  While most people only see the dotted line that shows the deal is closed, there can be a very lengthy process in research and development during the deal-making process.  Mojahed continued to express, “After sending traffic studies, in depth demos, and other analytical details, we were able to get them committed to the site. We knew this tenant would help launch the site and we were very excited to get this signed.”

Among these end-of-the-year recognitions, several other advisors at Desert Commercial Advisors received other honors.  Office advisor, Paul Borgesen III and Justin Horwitz received the Centurion Award for their gross earnings this year. Borgesen III was also named into the “Ten-Million Dollar Club” for closing over $10 million in total deal volume.  Horwitz was a back to back recipient for closing over $10 million in 2015 and 2016. Multifamily advisors, Chip Kloppenburg and Carrick Sears also received the same honor. Their most recognized deal was the sale of Amber Gardens to a Canadian investor for $17M.  Retail advisor, Beau Flahart received the Centurion Award and his back to back acknowledgement as an honorary member of the Ten-Million Dollar Club for his closed transactions in 2015 and 2016.  Flahart’s most notable deal this year was the sale of Village Grove for $7 million that he co-brokered with the Directors of Sales & Leasing.

The Deal of the Year advisors, Mojahed and Nollenberger were the first recipients to receive the Quarter Million Award for their gross earnings and closed over 36 deals totaling approximately $43 million in total deal volume in 2016.

In the end, SVN relies on building relationships with their clients, colleagues and the economic development affiliations across the valley. The former CEO of General Electric said it best. “Good business leaders create a vision, articulate the vision, passionately own the vision, and relentlessly drive it to completion.”